The History of Tubon and Floating Rock 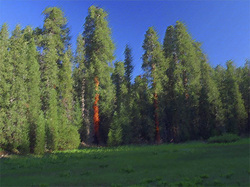 Tubonians have always been a hopeful people. Though their town thrived in virtual secrecy, they graciously accepted any wanderers into their midst.  One day, their society was touched by the strange and mystical presence of the River Queen. Since that day, the Tubonians began to wish for something beyond the natural world they had come to know. They hoped for majik.

During the time of the Great Persecution, all who believed in powers beyond the gods and the daidon of Pikcend were victimized. When Tubon's existence was reported (1 cycle after the death of the River Queen), the Illustran Cleansing Army hunted them down.  Many Tubonians were slaughtered during this time. Some Tubonians escaped to the hills were the ICA could not follow them.  Others escaped into the Mystic Thick.  The ICA followed them into the Thick, but the vapors of the fog took a great number of the men – townsfolk and soldiers alike.  Eventually, the army retreated.  The Tubonians that were left standing, still afraid of the army and the fog, climbed high into the forest canopy.  There they found a large rock trapped in the treetops. They carved out the rock and lived there until the end of the Illustran Cleansing and Pickcend’s War.  Thereafter (5 cycles later), they repopulated Tubon and kept the Floating Rock as a secret university devoted to the study of illusion and the discovery of majik.